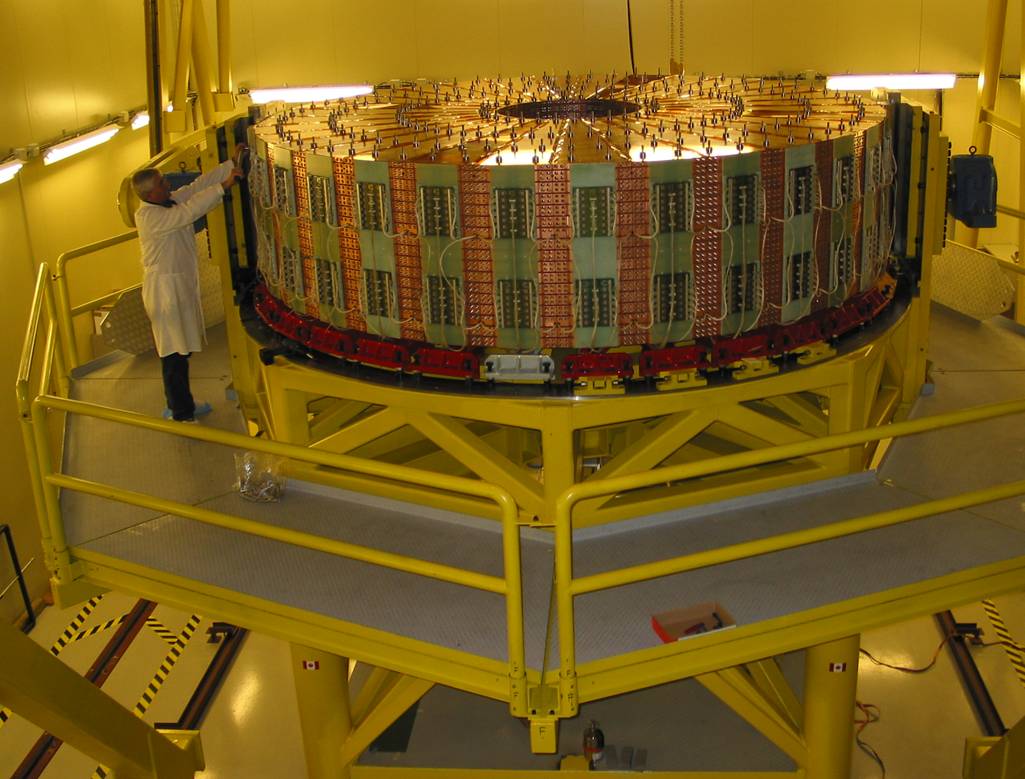 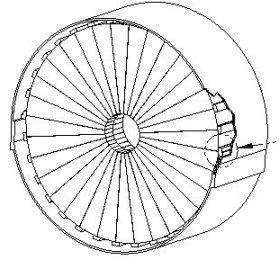 The Hadronic Endcap Calorimeters standing at each end of the Atlas detector are designed to detect hadrons emitted at small angles(5 - 25 degrees) relative to the two proton beams, where the radiation is most intense.
The HEC consists of 32 triangular shaped modules arranged in a ring, and each module is made of several 2.5 cm thick copper plates positioned 8 mm apart in a bath of liquid argon that is subjected to a large electric field. When high energy hadrons traverse the copper, they produce a hadronic shower in which the initial energy is transformed into lower energy hadrons as well as knocking off protons and neutrons from the nuclei of some of the atoms in the metal. The charged particles knock out electrons from atoms in the argon, leaving a trail of electron-ion pairs along their paths. The electric field causes the ionization electrons to drift to the positive side, producing an electric current that is detected by the calorimeter. 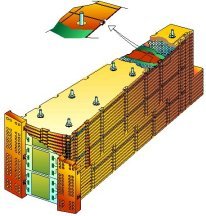 The requirements for the hadronic endcap called for a detector that had good performance and shower containment using an inexpensive, radiation resistant design. The performance goals were defined in terms of providing a spatial resolution sufficient so as not to compromise the search for heavy Higgs particles and a jet energy resolution of 50%/

3% at low pseudorapidity increasing to 100%/

10% at high pseudorapidity. These performance levels were required to be achieved up to the maximum LHC design luminosity. This interaction rate also puts severe requirements on the radiation hardness of the detector and electronics.

One module of the resulting design is shown on the left; a "wheel" (above-right) consists of 32 of these modules. The HEC is a conventional flat copper plate sampling calorimeter with 8.5 mm gaps between the plates. The front wheel of the calorimeter has 25 mm thick copper plates and the rear wheel has 50mm thick plates. There is an electrostatic transformer (EST) readout structure in the liquid argon filled gap between plates. The readout electrodes are connected to the pre-amplifiers by 50 Ω cables.